Why is your Turkey so Expensive this Year? 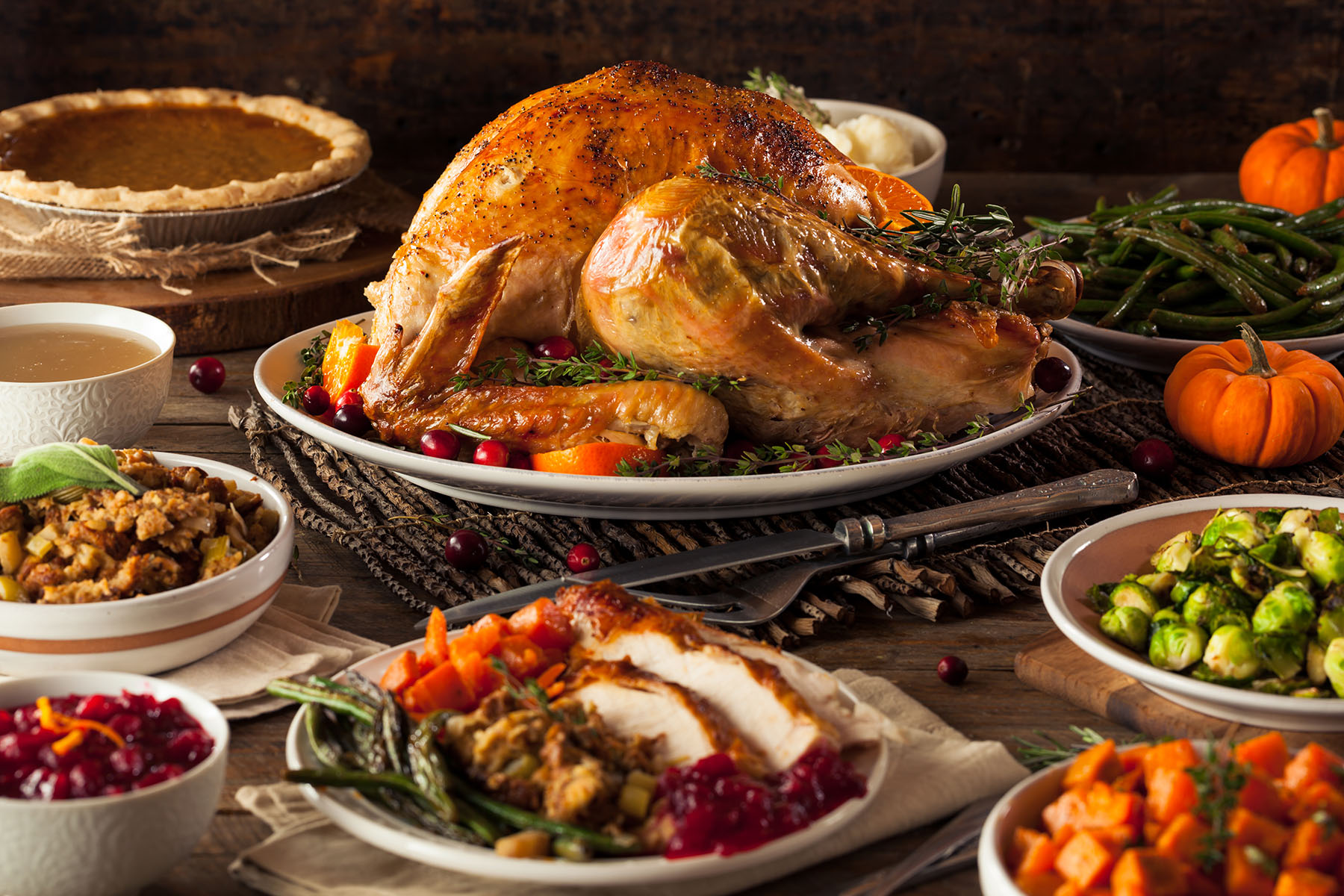 At Weather Source we always tell our customers “weather affects everything” and yes, you are paying more for your Thanksgiving meal this year and weather is a major contributor! The prices of turkeys and even cranberry sauce are up substantially. So what gives?

Breezemeter’s General Manager Paul Walsh joined Fox Weather last Sunday saying “The weather has a significant impact on the supply chain even in regular times.” He went on the show to explain how weather affects the prices you pay at the grocery store.

Walsh added, “Everything we eat is influenced by the weather. If you think about the equation in terms of what drives price, it’s supply and demand. So the weather impacts the supply, it impacts the base from a growing perspective and also a transportation perspective.“

From the farmer’s fields, to the manufacturing and distribution facilities and to the truck drivers transporting food across the country, the weather plays a huge role in every aspect of the supply chain. According to the Department of Agriculture’s Turkey Report, whole frozen turkeys already cost about 26 cents a pound more this year than they did last year. And according to the USDA, wholesale prices for frozen whole-hen turkeys averaged the highest monthly price in September since the series started in 2006. Prices fell slightly heading into early October, but they’re still some of the highest prices of the year.

The U.S. has experienced several extreme weather events this year, including devastating heat, debilitating droughts, giant wildfires and crippling frost. Extreme weather is creating nightmares for farmers around the world – and making food more expensive for Americans. For instance, sugar prices rose, as they were driven up by the frost in Brazil as well as dry weather in the Dakotas and Red River Valley. Wheat, one of the most common food sources for the average diet, has surged to the highest level in nearly eight years amid soaring temperatures and droughts as CNN notes by the image below. 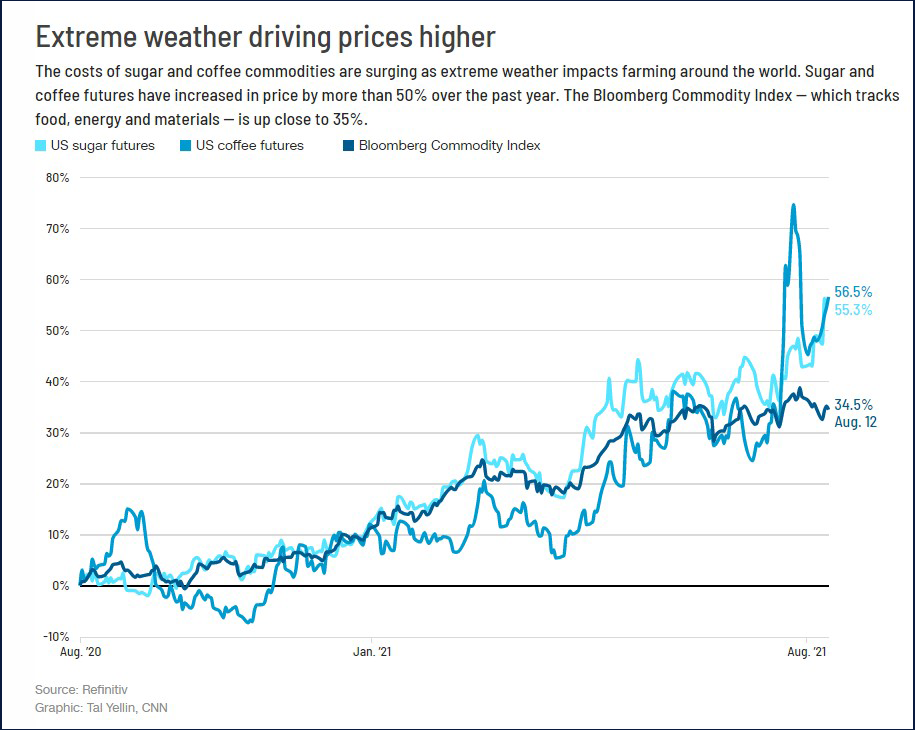 World food prices have soared by 31% over the past year, according to the Food and Agriculture Organization of the United Nations. Supply shortages caused by extreme weather is one of several factors behind this food inflation. “There’s no doubt that changes in weather patterns are impacting our food supply,” said Jennifer Bartashus, a senior analyst at Bloomberg Intelligence who covers retail staples and packaged food.

The food price spikes demonstrate how extreme weather, much of it caused by the climate crisis and La Nina, are having a real-world impact on Americans. And climate scientists warn the fallout will only intensify from here.

Unfortunately it is hitting our Thanksgiving tables this year and probably for the near future as winter begins to set in and inflation doesn’t seem to be letting up. But it still remains that Thanksgiving is the perfect time of year to ‘give thanks’ for what we have and to spend time with our families and most cherished friends. The Weather Source team wishes everyone a very happy Thanksgiving.