The Year of the First Named Heat Wave 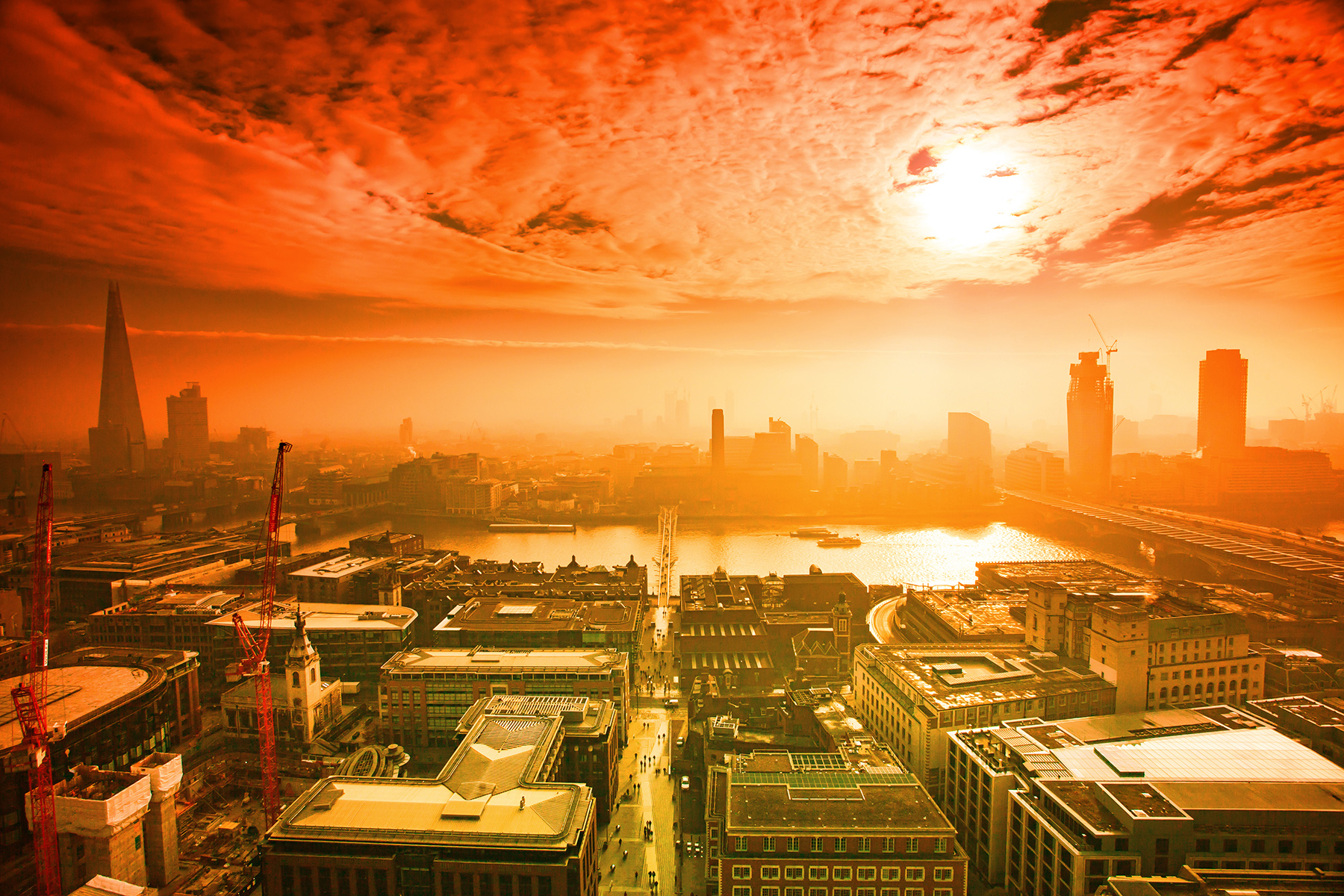 As Nelly wrote in one of his songs, “It’s getting hot in here.” This year has seen the highest level of anomalistic, record-breaking temperatures resulting in numerous declarations of “heat waves” and as result of the severity of this year’s heat waves, we now have the world’s first named heat wave – called Zoe.

The severity of her temperatures were ranked as a Category 3 – the most severe tier – in Seville, Spain’s new heat wave system. According to NOAA, a heat wave is defined as “a period of abnormally and uncomfortably hot and unusually humid weather. Typically a heat wave lasts two or more days.”

It’s been happening around the globe this summer, especially in recent weeks. As we know the climate is changing, and it is definitely affecting some more than others and in unexpected ways. Places that don’t usually see extreme heat, like parts of Canada experienced anomalistically hot temperatures and areas such as Dubai experienced not only hotter than usual temperatures.

Here is sampling of what has been happening around the globe:

United Kingdom
On July 18-19, an extraordinary heat wave affected large parts of the UK. It was the first time that temperatures of 40℃ and above had been recorded in the country. With that, 46 locations met or exceeded the previous records from Kent to North Yorkshire. Scotland recorded its maximum temperature above 35℃ for the first time, breaking the previous record of 32.9℃ on August 9, 2003.

United States
Areas recorded temperatures to as high as 115℉ (46℃) in parts of the Great Plains. Records fell from Boston, Massachusetts, which hit 100F (37℃), to Portland, Oregon which reached 102℉ (38.9℃) on July 26th. Even Seattle hit a high of 95℉ overtaking the previous record for July 31st – 94 degrees set in 2015. Dallas-Fort Worth tied its all-time hottest daily low temperature on July 18th, dropping only to 86℉. Wichita Falls soared to a July record of 115℉ and Oklahoma City reached 110℉ for the first time in almost 10 years.

Europe
Germany recorded its hottest day of the year on July 19th as temperatures reached 104.5℉ (40.3℃) in Bad Mergentheim-Neunkirchen, in the center of the country. Hungary and Italy have also been hit with high temperatures of around 100℉ (nearly 38℃) in places. In fact, wildfires have forced tens of thousands of people from their homes in parts of Italy, Greece and France and the resulting smoke stretched from Portugal and Spain in the southwest to Albania and Turkey in the southeast.

The Potsdam Institute for Climate Impact Research in Germany has identified that the European heat wave and U.S. extreme heat were in part related to such a wavy jet stream pattern identified in a 2017 study, said Michael Mann of Penn State University, its lead author. The study concluded that the increased occurrence of particular jet stream circumstances is a possible consequence of increased greenhouse gasses in the atmosphere from burning fossil fuels.

Additionally, Axios notes that the jet stream has come under particular scrutiny by climate scientists in recent years due to the hypothesis that the changing temperature difference between the equator and the North Pole could slow down this key weather maker, especially during the summer. Perturbations in the jet stream, or its waviness, can enable the formation and maintenance of intense heat domes such as those that have set up across parts of the U.S. and Europe at the end of July. This includes multiple heat domes over Asia that have led to heat waves in China, Siberia and Japan.

Scientists with the World Weather Attribution group, analyzed weather data and computer simulations to compare today’s climate with the past and found that the frequency and magnitude of such events has increased due to human-caused climate change.

According to Gallagher Re, the average annual natural catastrophe insured loss globally over the last 11 years (2011-2021) was US $71 billion. In most years, typically those without major earthquakes, climate perils (floods, tropical cyclones, windstorms, wildfires, severe convective storms and winter weather) are responsible for the vast majority of natural catastrophe insured loss.

Many feel that heat waves and drought will worsen with climate change, with consequences including a rise in heat-related deaths, strain on water resources, crops, livestock, energy and transportation, Gallagher Re noted. Aside from the impact on livelihoods, these changes also affect the insurance industry, in particular crop insurance, life and health insurance and in some cases business interruption coverages caused by brownouts and power outages.

So what does all of this mean for you and me?

The heat waves caused problems for electrical grids from Texas and into Europe, especially those that have a lot of solar and wind power. According to the Institute for Energy Research, during the heat wave, wind power (which accounts for about 30 percent of Texas’s power supply) faltered and the region did not have sufficient gas-powered plants to pick up the slack causing the need to call for conservation. Even Tesla asked its vehicles owners not to charge their vehicles during the heat wave. This also means that consumers that depend on power for medical devices like sleep apnea machines and oxygen could be at risk.

In Britain, train companies canceled services, schools closed early and the public was urged to stay at home. Britain declared a “red” alert which is meant to convey a risk to life, and health officials stressed that even healthy people could be adversely affected. And Spain’s week-long heat wave caused over 510 heat-related deaths.

As countries continue to experience these heat waves and devastating results like wildfires and flooding people continue to take notice as it not only affects populations but also businesses. Preparing for and building climate risk models and strategies is more and more important for businesses to operate efficiently and effectively moving into the future.

Weather Source’s wealth of weather and climate data is actionable and useful around a myriad of weather events including heat waves, precipitation, wildfires and also energy usage and power grid demand. Our data can be population weighted and to help determine how customers are impacted by any of these weather events down to the ZIP and Postal Code level.

Additionally, Weather Source has developed its proprietary OnPoint Risk Analytics to assist businesses in preparing and monitoring climate and peril risk. This service provides climate & peril risk scores and the probability of return by dynamically calculating the peril frequency rate and probability of each risk on a global scale. Our climate and peril risk modeling at a spatial resolution of 30 sq. meters is especially important for flood modeling where slight changes in ground elevation can make big differences in flood potential for locations near rivers and coastlines. Each climate and peril risk model provides relative risk rankings for any requested location(s). This is especially important for businesses that are in regions that have been hit or are likely to be affected most by risks and perils in the future.

Talk to Weather Source about how our services can be used to help your business create a weather strategy to mitigate weather risk and become a “weather-resilient” business.