It’s Getting Hot Out There… 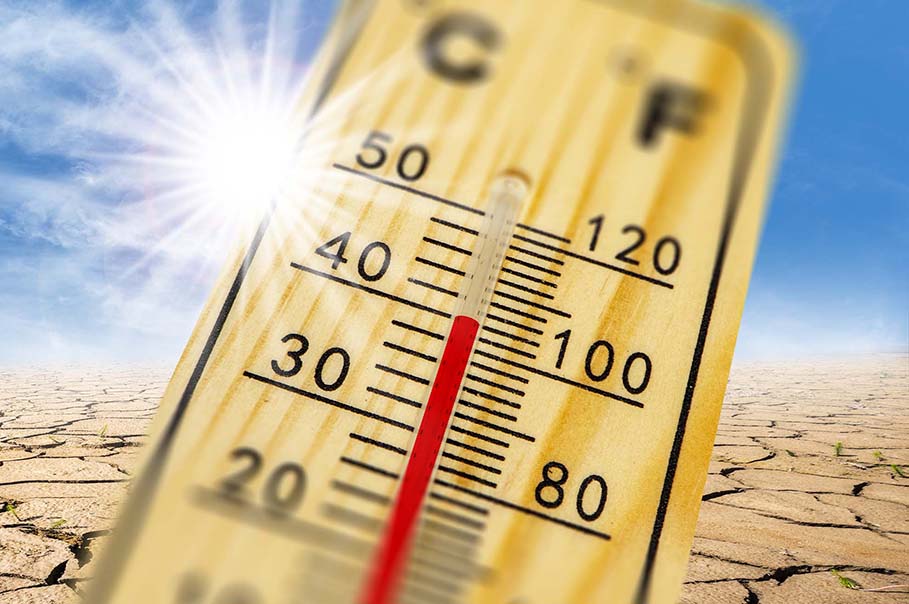 Climatologists say that we should expect more heat waves and temperatures to continue to rise as the hottest temperatures on record have been recorded within the last five years. Areas from California across the country to New York, Boston and D.C. have seen substantial heat waves this summer. As these heat waves affect everyone across the globe, more and more people are taking notice as are more and more businesses such as energy & utility companies, air conditioner manufacturers and more.

Traditionally, a series of unusually hot days are referred to as an extreme heat event or a heat wave. But heat waves are more than just uncomfortable, they can actually lead to illness and death, particularly among older adults, the very young, and other vulnerable populations. Lengthy exposure to excessive heat can lead to other impacts as well such as damaging crops, injuring or killing livestock, and increasing the risk of wildfires. Prolonged periods of extreme heat can also lead to power outages or grid resiliency proactive measures such as “rolling-blackouts” as heavy demands for air conditioning strain the power grid.

Unusually hot days and multi-day heat waves are a natural part of day-to-day variation in weather but these episodes are increasing in severity, duration and frequency. According to the EPA (using NOAA Data) as the Earth’s climate warms, hotter-than-usual days and nights are expected to become the norm. 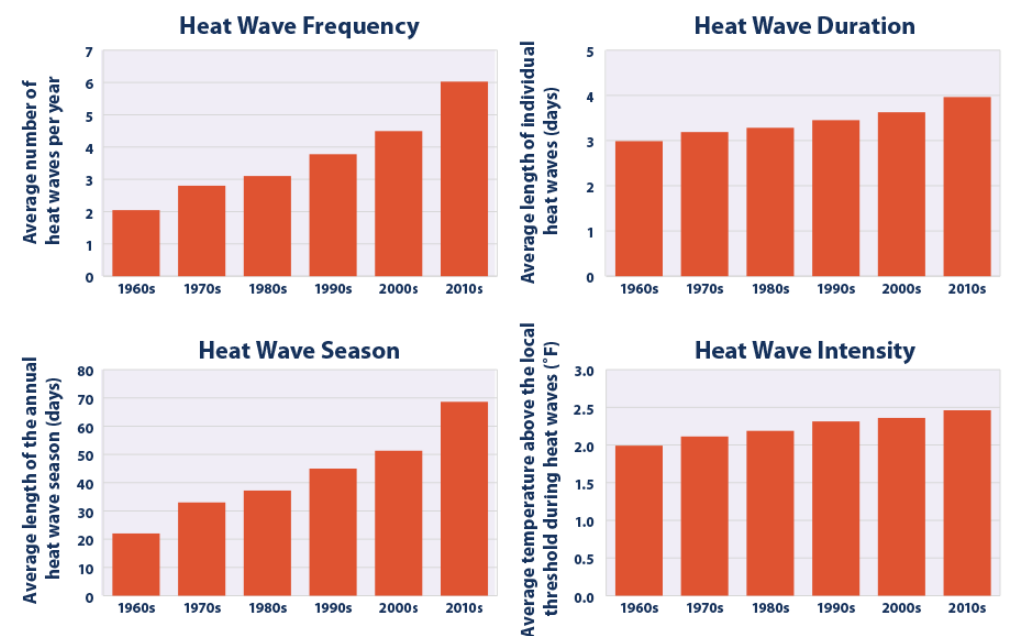 The image above depicts temperature averages across all 50 metropolitan areas by decade.

It is important to take heat waves seriously. Although they may not have the noticeable destruction as other weather events like named storms and categorized wind speeds, they are  actually the most deadly severe weather event.

Extreme heat can cause business losses by being forced to close because of excessive heat that has an impact on both consumers and employees. According to research released in the journal Climate Change earlier this year, up to 1.8 billion workforce hours, or about 11 working hours per U.S. worker, could potentially be lost annually over the next three decades due to extreme heat.

Additionally, these heat waves are adding increased stress to electrical grids which can trigger more power outages and impact businesses. For example power failures have increased 60% since 2015. There is no doubt that the combination of excessive heat and blackouts in major U.S. cities would be devastating. In Detroit for example, power failures could expose more than 450,000 people to dangerous temperatures and up to 1.7 million in air conditioning-dependent Phoenix.

The power grid can collapse just when people need cooling the most if it is overly stressed. Power disruptions can then ripple through other infrastructure, like water sanitation, fuel pumps, and public transit. Dr. Brian Stone, a professor at the School of City & Regional Planning at Georgia Institute of Technology notes, “A widespread blackout during an intense heat wave may be the deadliest climate-related event we can imagine…and the probability of a concurrent heat wave and blackout event is very likely rising as well.”

As heat waves continue to affect our lives and infrastructure across the globe, it will become more imperative for individuals and businesses to prepare and anticipate these events. By becoming more aware of these events, businesses can stock inventory and schedule staff based on expected demand. Moreover, power and utility companies can ensure they have adequate energy assets in preparation for the increased energy demand.

It is time to ask yourself if your business is prepared for the next heat wave. Weather Source is here to help. Weather Source has the necessary data to proactively monitor for these conditions and also the tools to understand how these episodes of severe weather are departing from prior years and climatological averages thus arming its customers with the data to make informed decisions and enabling your company to accurately prepare and even to optimize business performance when the next heat wave arrives. Contact us today to learn more.