Double Trouble in the Gulf of Mexico 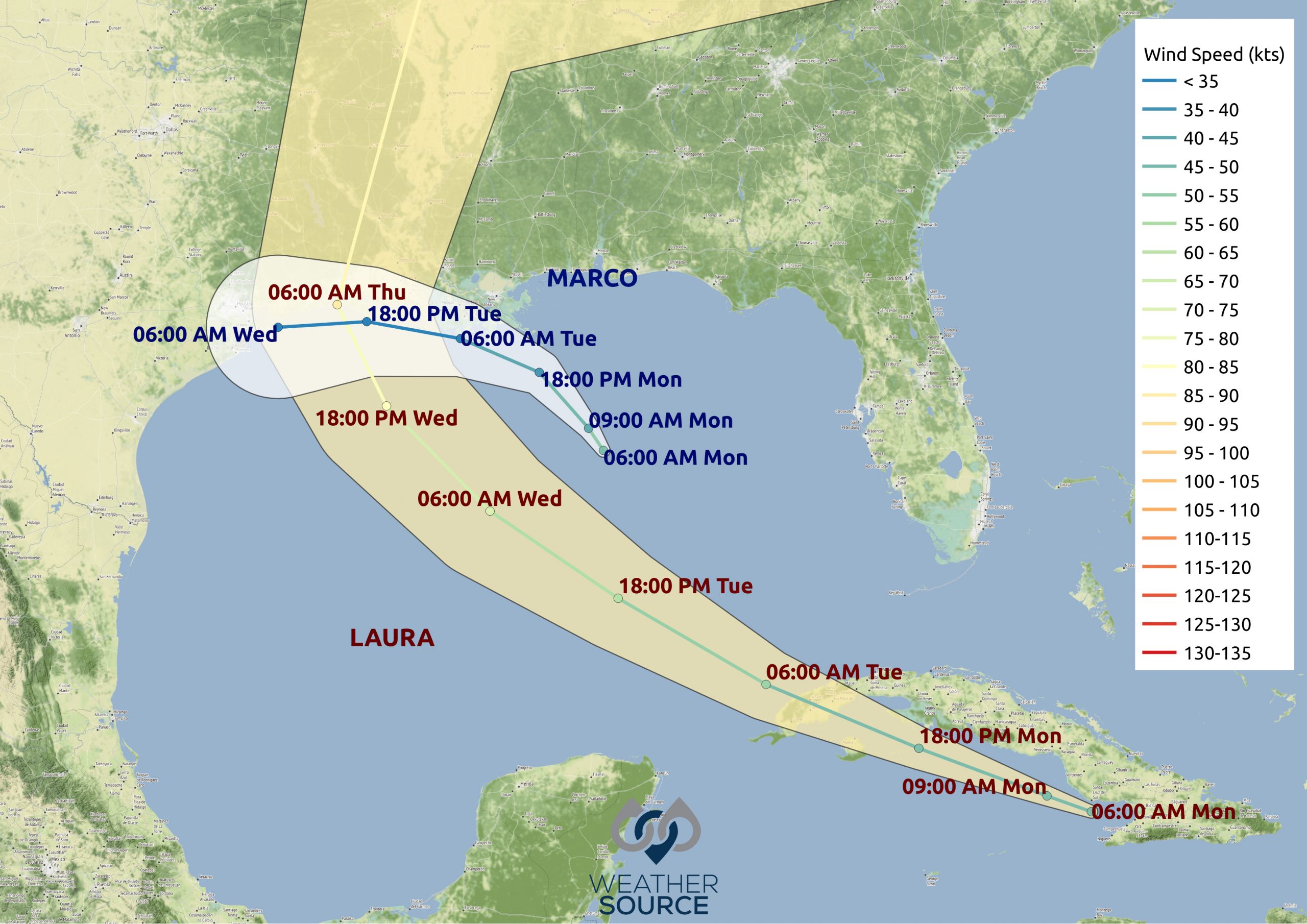 While the world struggles with a once-in-a-century pandemic, a twice-in-a-century meteorological phenomenon is also occurring this week in the Gulf of Mexico. In a rare occurrence, two tropical storms are occupying the Gulf at once. Tropical Storm Marco is expected to make landfall in Louisiana today, with Tropical Storm Laura following closely behind it and picking up steam. The National Hurricane Center (NHC) presently predicts Laura will reach Category 2 status, and several models have the storm achieving major hurricane status, according to Weather Source meteorologists.

The only other recorded instances of two tropical storms co-occupying the Gulf of Mexico are September 1933 and June 1959. Marco and Laura may also get close enough for a mild Fujiwhara effect to occur, causing them to affect each other. Currently, the main concern about these two storm systems is widespread flooding.

The above Weather Source graphic, generated Aug. 24, is based on NHC model projection data. Refer to your local National Weather Service office for the most up to date storm information.