Don’t Say it…Winter is Just Around the Corner 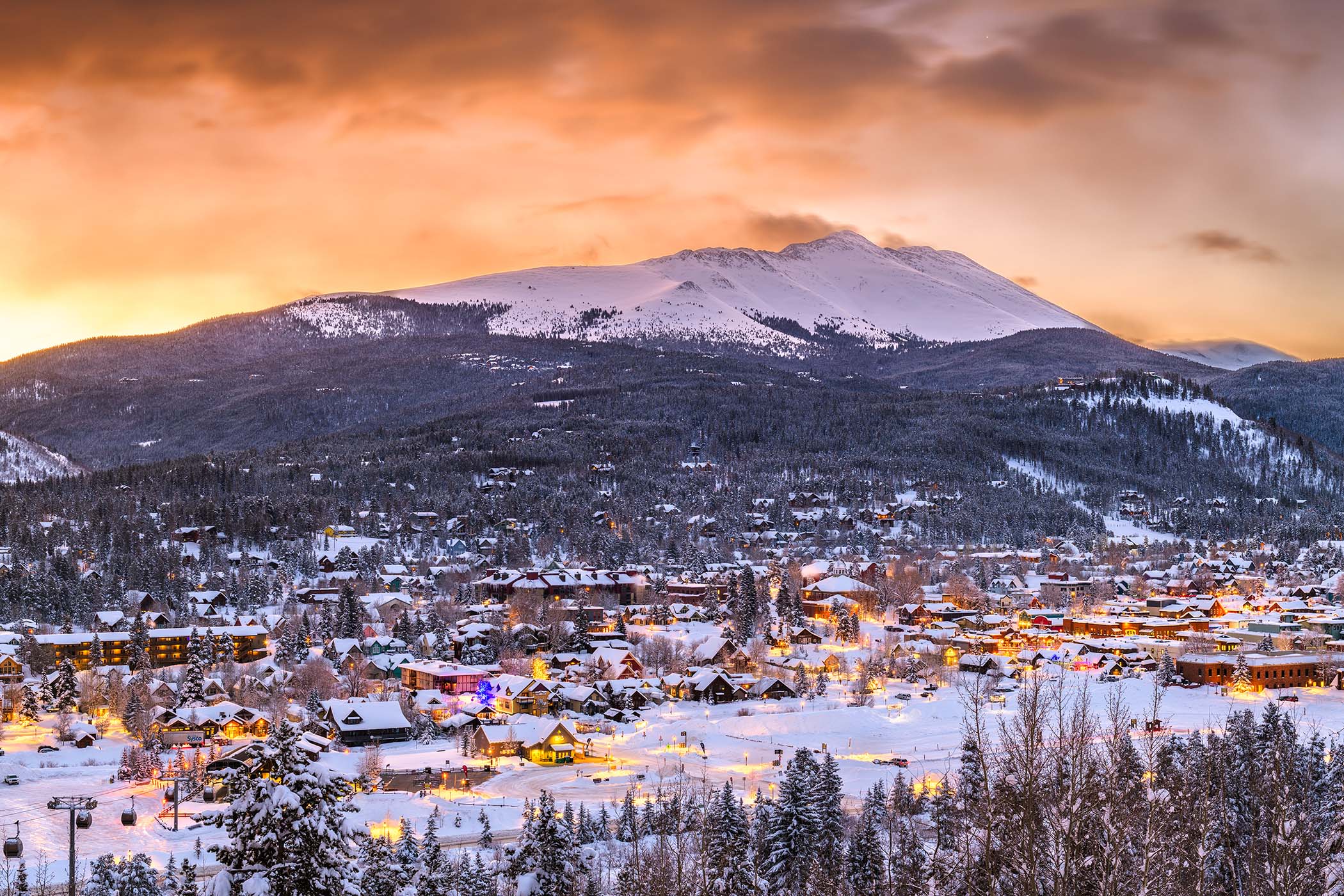 I know, I know, it’s only October but winter is coming and for some it looks like it may be a wet and snowy one. Many of us cringe when discussions about winter and snow begin, but the inevitable is on the horizon.

Honestly, I hadn’t even thought about it much until my father and his wife were getting ready to  travel to Colorado. They are spending a few days out in Grand Lake (which is definitely worth the visit if you get a chance), and are planning to golf, but then at the same time he said it is going to be below freezing with a chance for snow next week. Maybe they could go skiing while they are there too! I know it’s Colorado, but it seems like winter is sneaking up fast. As a matter of fact, two weeks ago the ski hills in Colorado started seeing some white on the peaks.

As of right now NOAA’s October – December precipitation outlook depicts enhanced probabilities of below normal precipitation amounts across the Southern Tier and much of the central U.S. and above-normal precipitation is more likely for the northwestern U.S., the Eastern Great Lakes, parts of the interior Northeast, and parts of southwestern Alaska.

The images from NOAA below depict predicted temperature and precipitation levels. 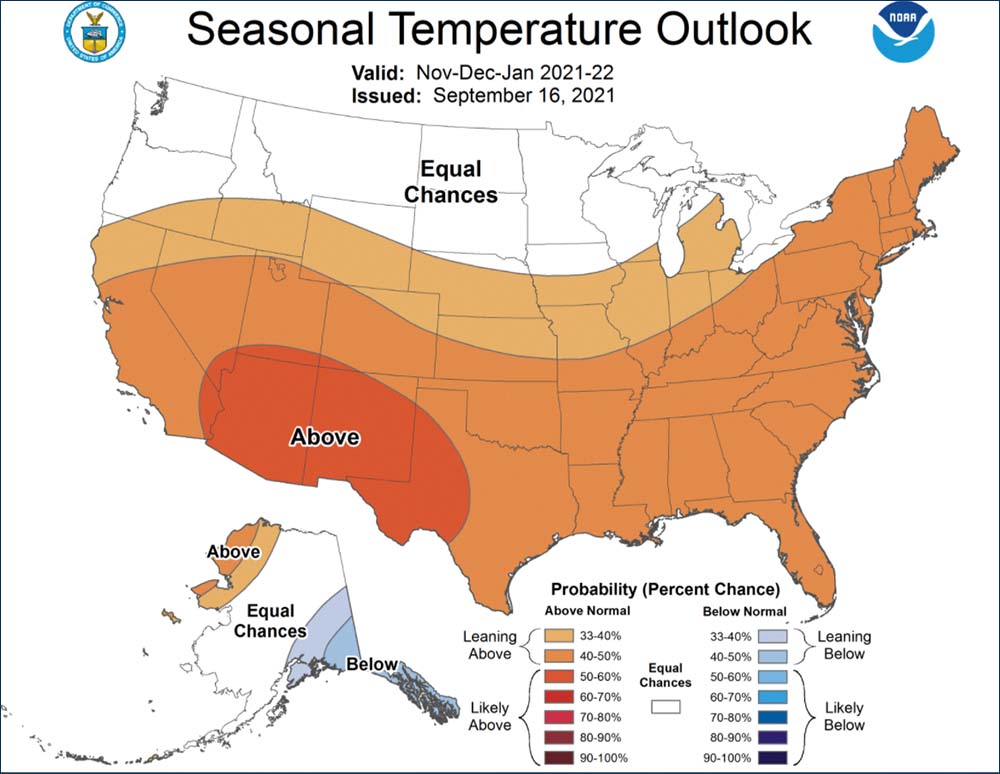 Furthermore, the official El Niño-Southern Oscillation (ENSO) forecast depicts the probabilities of La Niña that are significantly higher than climatological probabilities through the upcoming winter. During a typical La Niña year, the jet stream tends to hold a more northern positioning, which can mean consistent cold storms in places like British Columbia, Oregon, Idaho, Wyoming, Montana, Utah, and central/northern Colorado.

While each La Niña has the potential to be wildly different from the last, the southern states of the western U.S. tend to receive slightly less than average snowfall and above-average temperatures. But there have been multiple La Niña seasons that have delivered historic snowfall to California, so you can take those generalizations lightly. In terms of the East Coast, the direct effects of La Nina become severely diminished as the jet stream moves from west to east however, the outlooks from NOAA indicate equal chances for average snowfall for the majority of the northeast with above-average temps forecasted.

The Farmer’s Almanac has some insight as well. They weigh in saying that there will be snow, but probably not as much as snow-sport enthusiasts actually want. On average, they say near-normal amounts of the snow will occur from coast to coast. However, there will be notable month-to-month variations, saying that the ‘chill’ will start gradually but in January temperatures will start out mild for much of the country but will trend toward colder conditions during the middle to latter part of the month. But overall, the month will be stormy. Additionally, the Great Lakes, Midwest, and Ohio Valley will have more than their fair share of cold and snow in January. While the Northern Plains and Rockies will also experience winter’s fury with stormy weather culminating in a possible blizzard later in the month.

So what does that mean for you and your business? If you are in Colorado, you will hopefully have a great ski season! For the rest of us, it’s time to order new down coats, test the snow blowers, salt trucks and buy snow tires. Of course depending on where you are located maybe a new raincoat could be in order.

We probably all have our winter weather ‘game plans,’ if you don’t the time to start putting that together is upon you. Continue to look at the forecasts, see how they evolve and pay attention to changing weather conditions and anomalies. Ask yourself, what is your business’s weather strategy around severe winter weather and how has it affected you in the past and what is your weather strategy for the future? Weather Source is perfectly situated to work with businesses to prepare for severe and anomalistic weather and you can always look to us for guidance.